Guayaquil is the largest city in Ecuador. It is a port city, although it is not directly on the ocean; It is about 100 miles inland where two extremely large rivers meet.

The hotel provided a huge spread for breakfast: continental, American and traditional breakfast options. I had ceviche and a pork sandwhich along with an omelette, a pastry and fruit.

At 10AM we were provided a personal three hour guided tour of the city. Normally the tour is up to about fifteen people; we were lucky to have Fernando to ourselves! Fernando is very personably, even though he is currently dealing with a recent tragedy in the family.

We visited two of the main parks in the city as well as a cathedral and the waterfront. The first park commemorated the independence of Ecuador and contained various fruit and nut trees like mango, almond and avacado and other trees such as banyans. Fernando is very adept at pointing out birds and lizards in the tree that are tough for us to spot. I guess it was movement in the trees that alerted him to the presence of a red-headed parrot, since except for a touch of red, the rest of the bird is the same shade of green as the leaves of the tree it was feeding in.

The second park was informally known as “iguana park” due to the large number of tame iguanas living there. Most of them were hiding in the trees today, but there were still many on the ground who tolerated petting. The pigeons were competing for attention too. There was a small pond with turtles and Tilapia fish. The fish fight for territory by testing their strength against each other head-to-head. It looks like they are kissing! 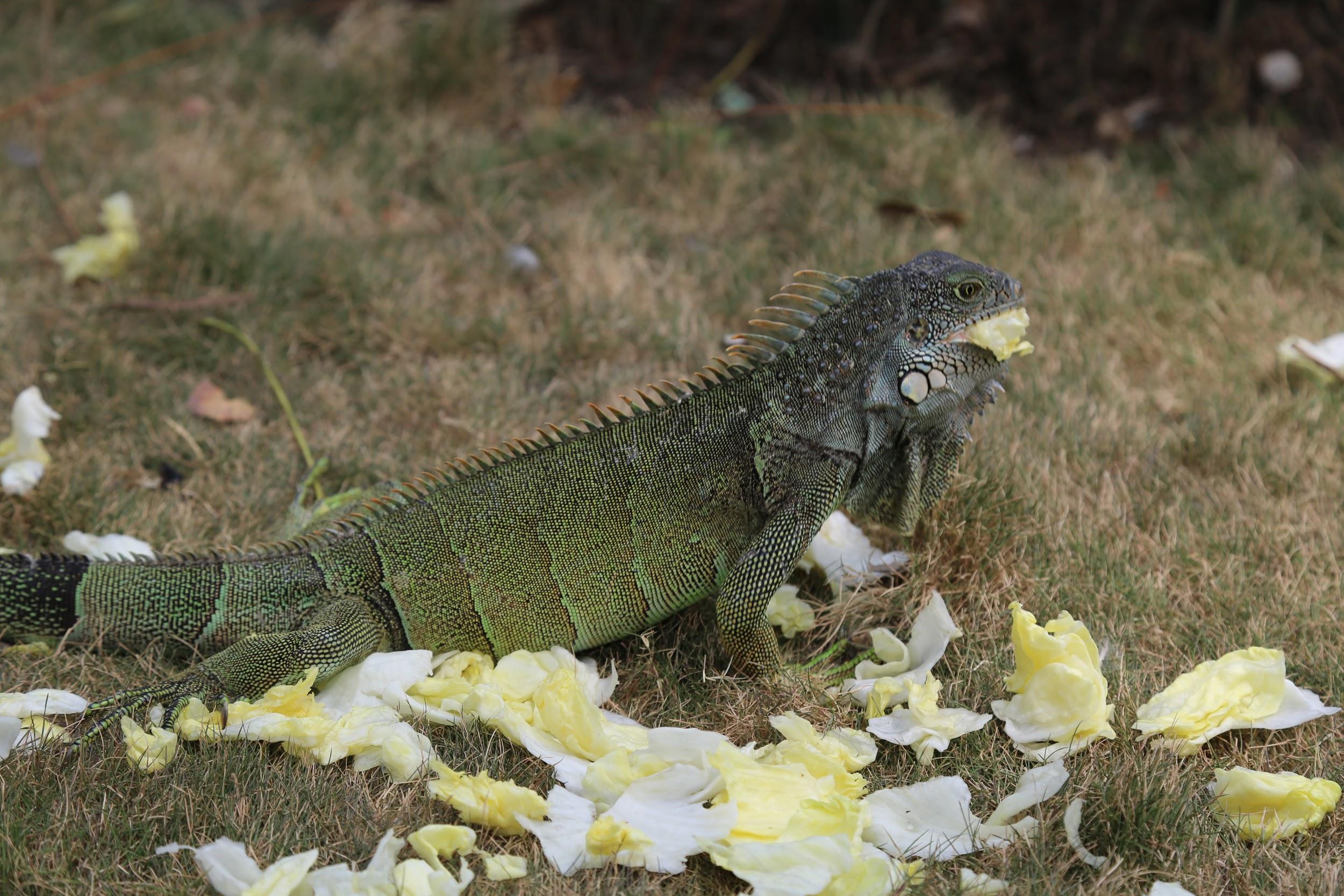 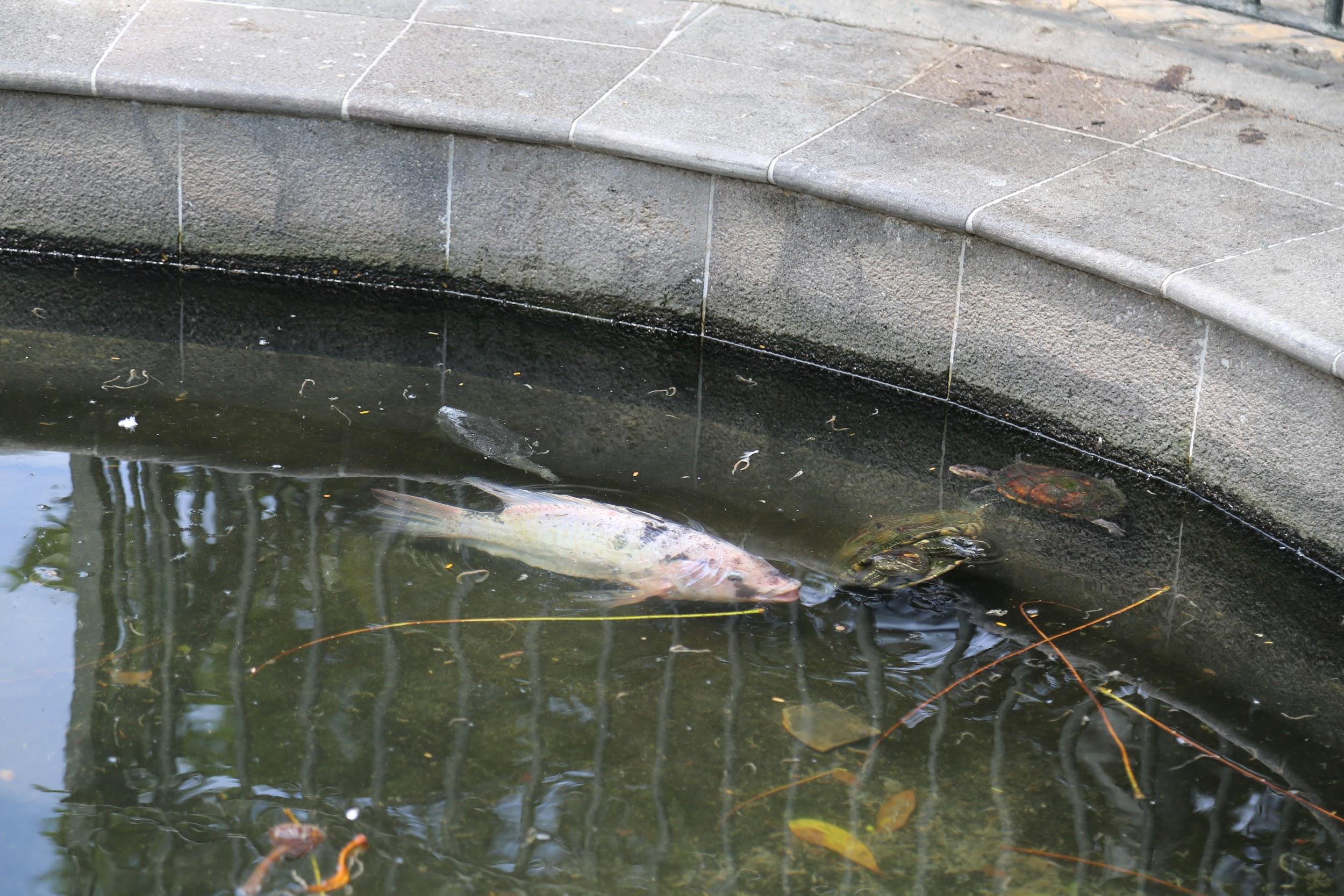 The park adjoins the cathedral. Being a Sunday, the cathedral was busy, but we did get to visit it between services. 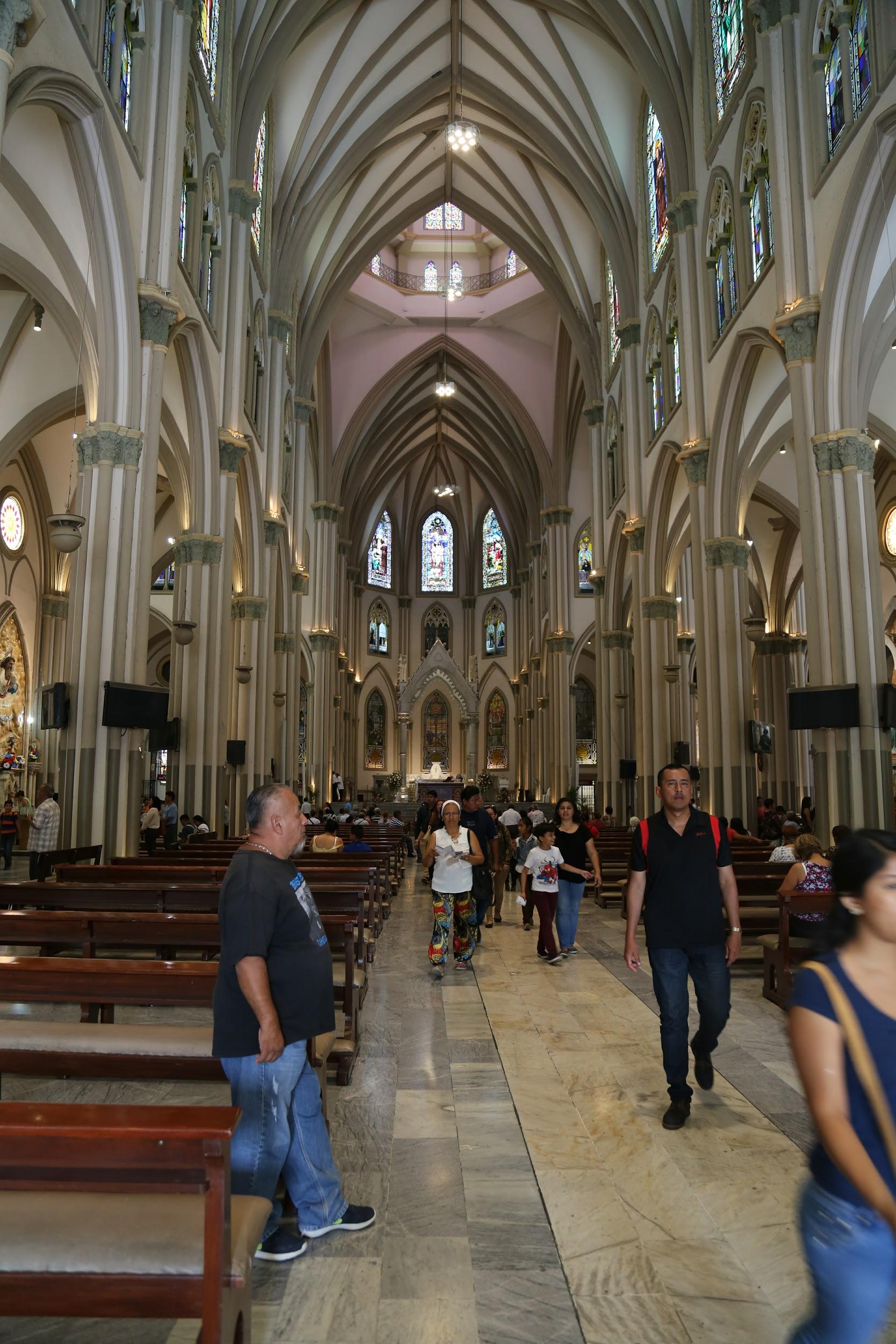 The waterfront was recently developed and contains lots of activities for kids. There was a monument commerating a meeting between Bolivar, who led the independence movement in Colombia and other northern South American countries, and San Martin, who led the movement in Argentina and other sonuthern countries. Not particularly fruitful, since San Martin did not share Bolivar’s enthusiasm for a grand united Colombia. 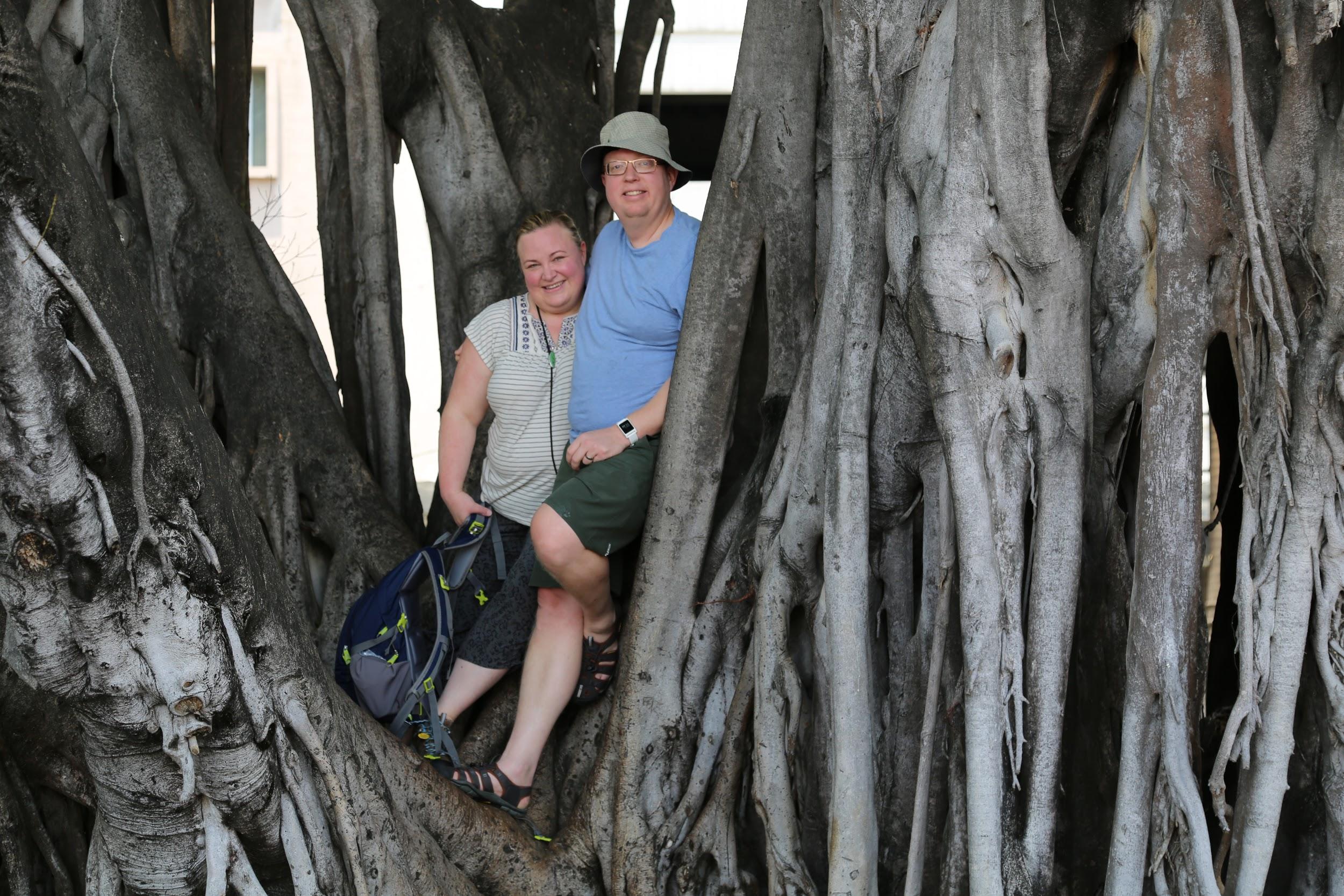 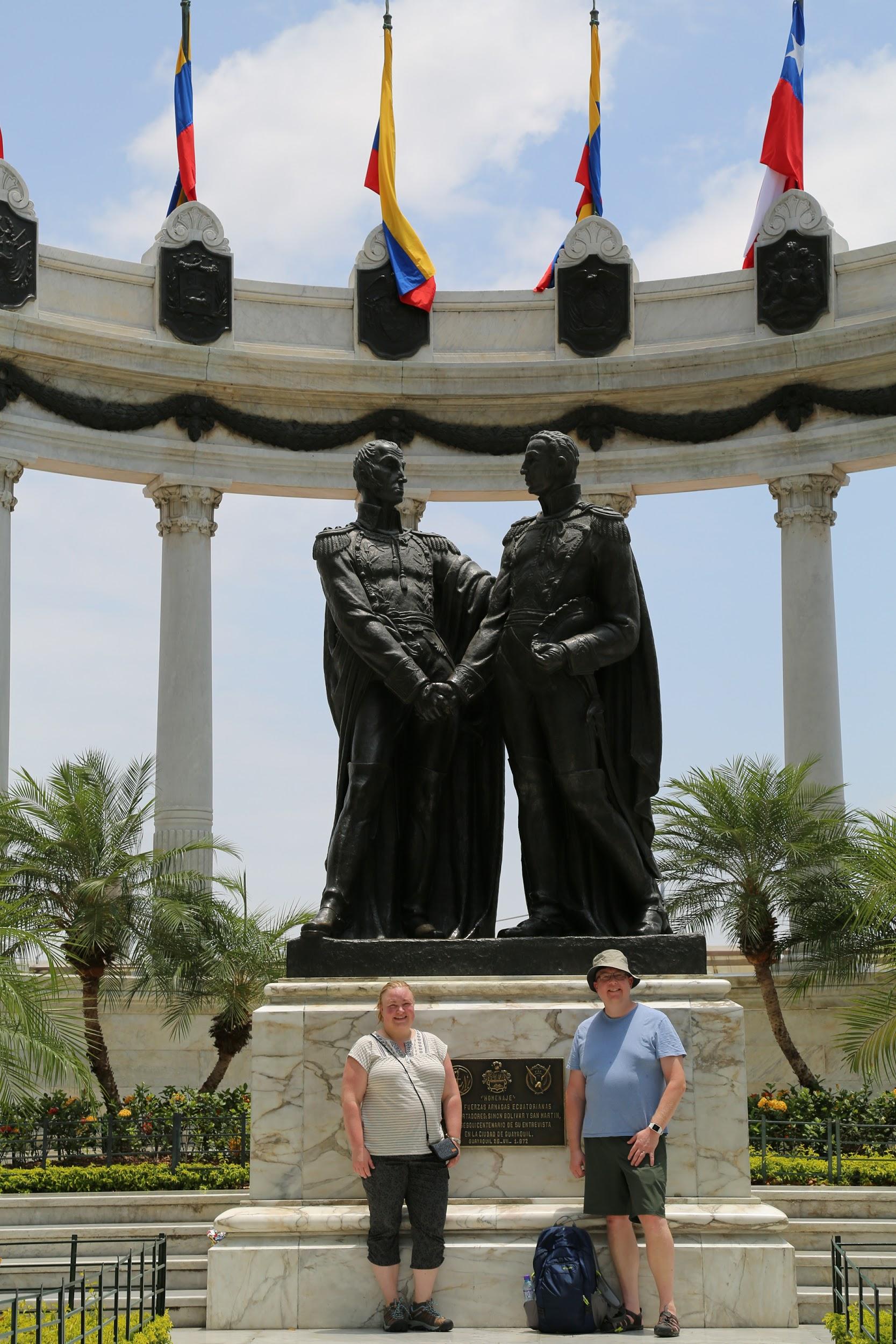 We headed back to the hotel for a small lunch and a nap. 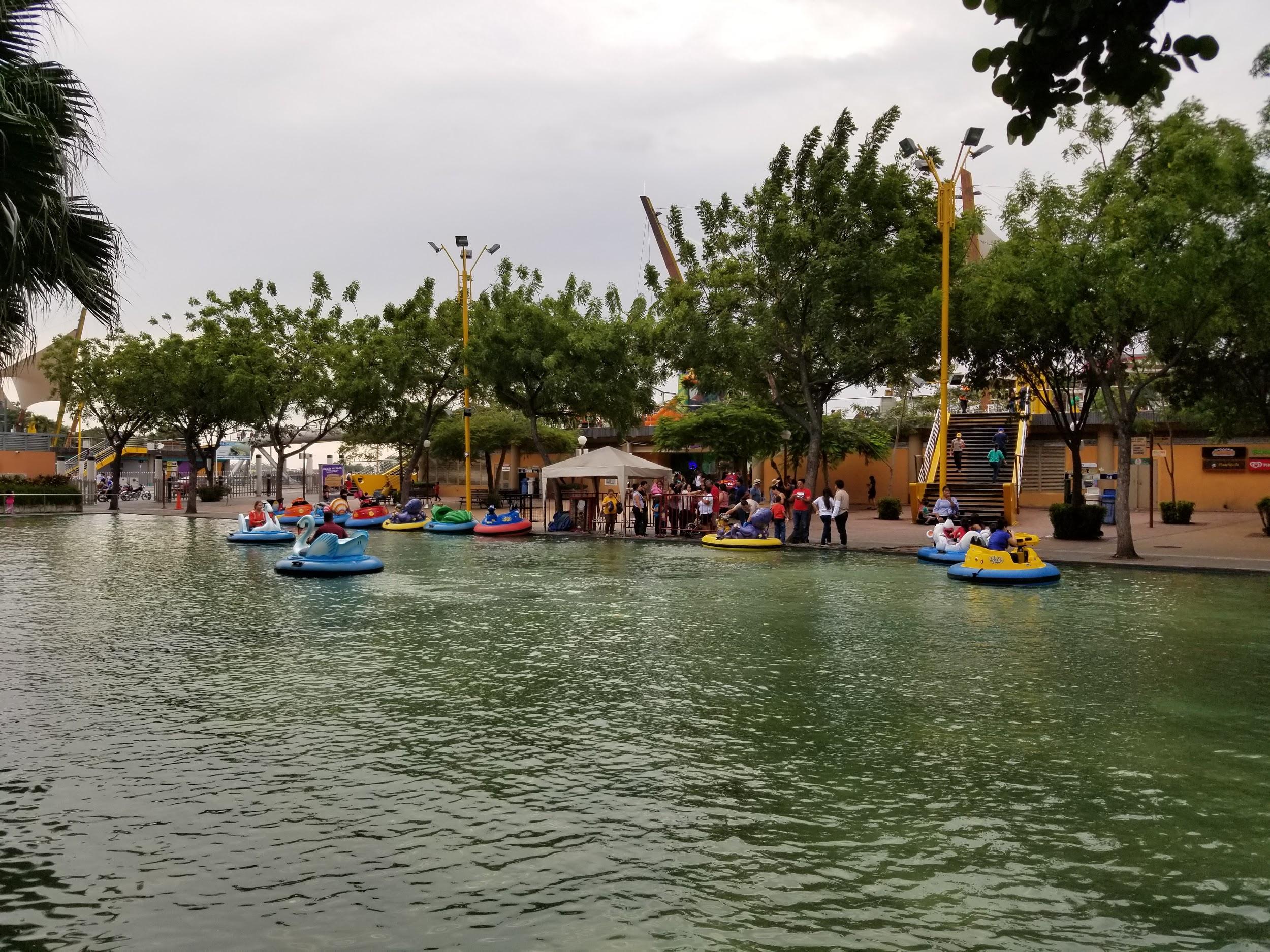 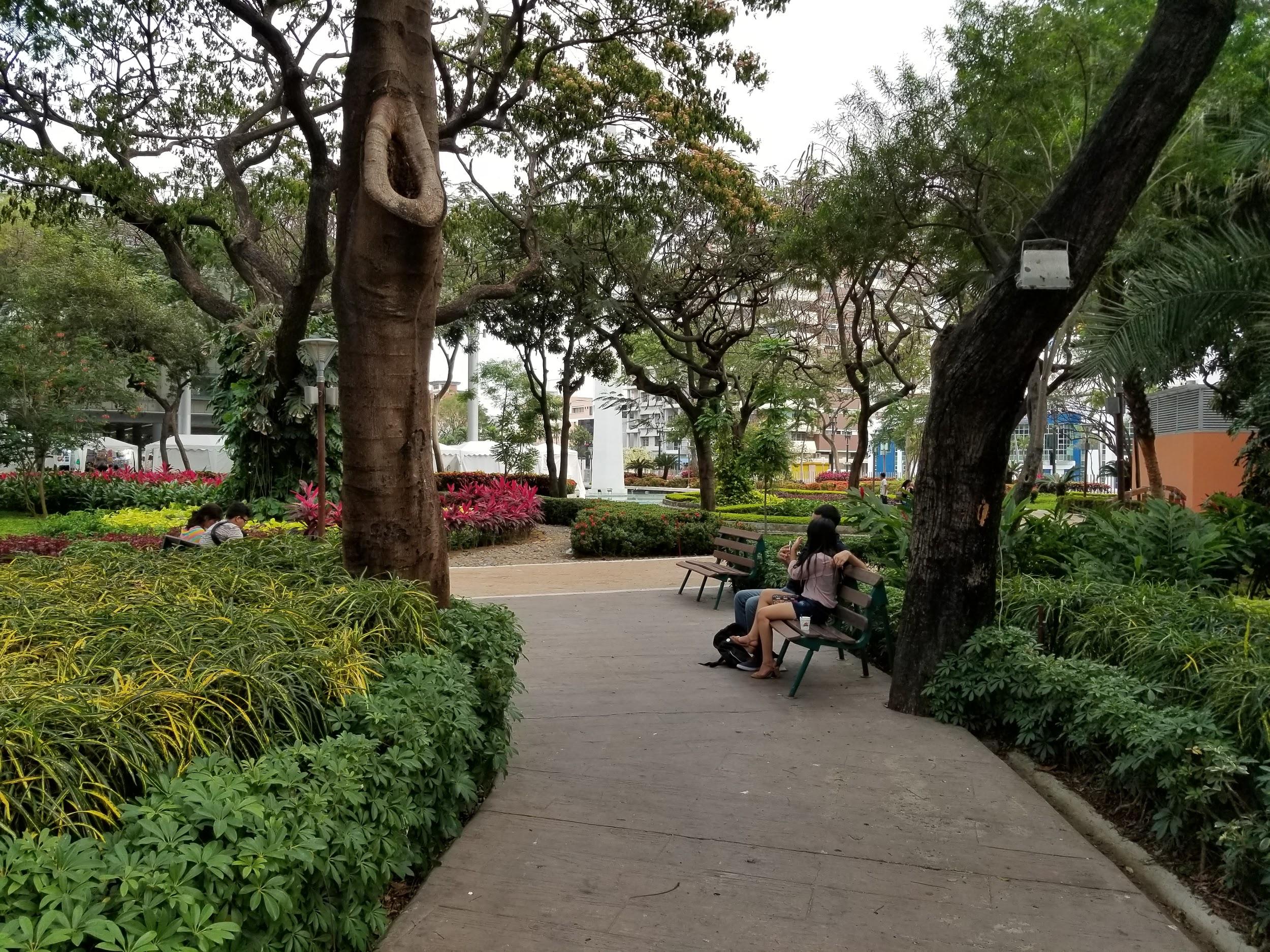 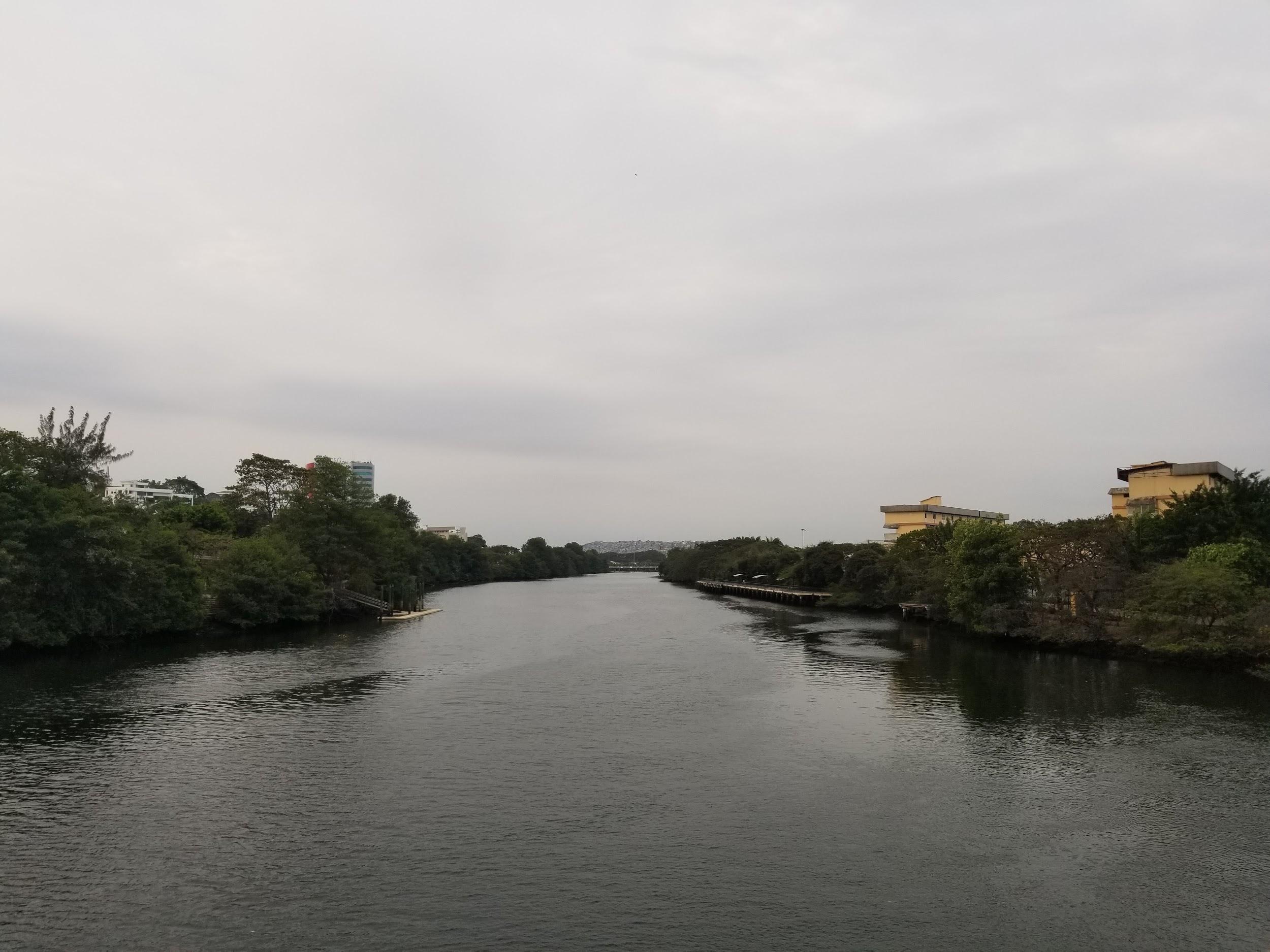 After our nap we walked up the street to a park on a large canal. They had some live music there; well at least partially live, it was some singers with a karaoke machine. It was entertaining though, and we got some dancing in. It was pleasant sitting along the waterfront as the heat of the day passed.